Consolidation prize for US regional banks

Consolidation prize for US regional banks

To merge or to fail, that is the question for North American regional banks right now—and it's not much of a choice. M&A in the banking sector has reached heights not seen since the global financial crisis forced many to combine to stay afloat. 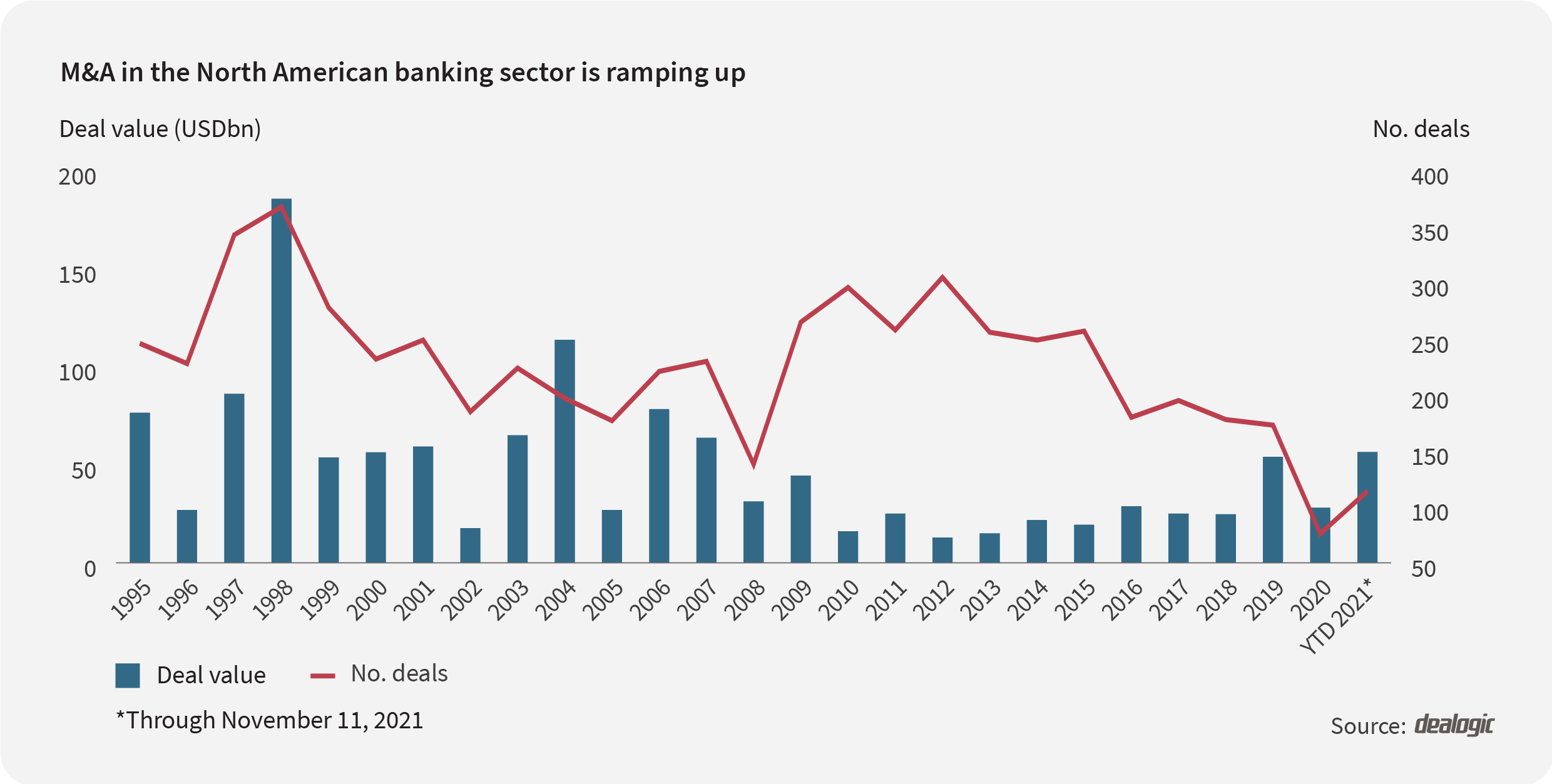 The race is on for regional lenders, in particular, to figure out their next move. The rise of fleet-footed fintech players that lack costly real estate and can therefore offer lower-rate loans are eating into established banks' market share. Customers no longer require branches and are comfortable banking on their smartphones. The razor-thin interest rate environment isn’t helping either, depressing profitability in the sector.

Against this backdrop, long-established regional banks, which are also encumbered by regulatory capital reserves and stress tests, are having to upgrade their tech to keep up with the fintechs. But at their current scale and customer throughput, they can't justify, much less afford, that investment. Scaling up via M&A is the answer to this conundrum.

It's been a long time coming. Banking in the US is highly fragmented compared with most developed countries. There were some 5,000 banks backed by the Federal Deposit Insurance Corporation at the end of 2020, with assets of around US$21 trillion. There just isn't a need for that many banks.

Lenders holding less than US$25 billion in assets are ripe for consolidation. Falling into this category are the likes of Arkansas’ Simmons Bank, Atlanta’s Ameris Bank, California’s Pacific Premier Bancorp and Montana’s Glacier Bancorp. By combining with others in the region, these smaller-scale banks can achieve the scale required to make the investments they need to compete in today's high-tech over high-touch banking market.

Whether these geographically disparate lenders will merge remains to be seen. Large-scale coastal banks could also mop up the small fries, especially where a state has already consolidated internally. Regions Financial, the last major regional bank standing in Alabama after a spate of consolidation, falls into that basket.

In Ohio, Huntington Bancshares, KeyBank and Fifth Third, which trade on the Nasdaq and New York Stock Exchange, continue to compete against each other in a limited market. Given the direction in which the industry is heading, that state is looking decidedly overbanked.