Demand for remote learning tools soared during the pandemic, driving up the valuations of “ed-tech” companies that bridge the gap between teachers and students. A laundry list of company IPOs followed, including the public market debuts of Coursera, Duolingo, Instructure, Powerschool and Udemy.

But that was 2021. This year, stock markets have been crushed by inflation, monetary tightening fears and the prospect of a global recession. The S&P 500 fell by more than 13% between January and April, the worst four-month start to a year since 1939. Year-to-date, the index is down around 18%. The NASDAQ has fared even worse.

Since floating last year, ed-techs have seen their share prices collapse by an average of 43%, with Coursera falling by as much as 66% since its IPO.

PE funds with plans to sell their once-vaunted ed-tech companies via public offerings are having to rethink their strategies, turning to corporates and fellow funds for exit liquidity and shelving IPOs.

That should further boost ed-tech M&A which, along with fundraising activity, had already reached heady levels during the pandemic. In 2021, a record US$10.2 billion worth of capital raising and M&A deals took place, a nearly 50% increase in value from the year prior, according to Dealogic. By total transaction volume, 2022 is on pace to at least match 2021’s record of 127. 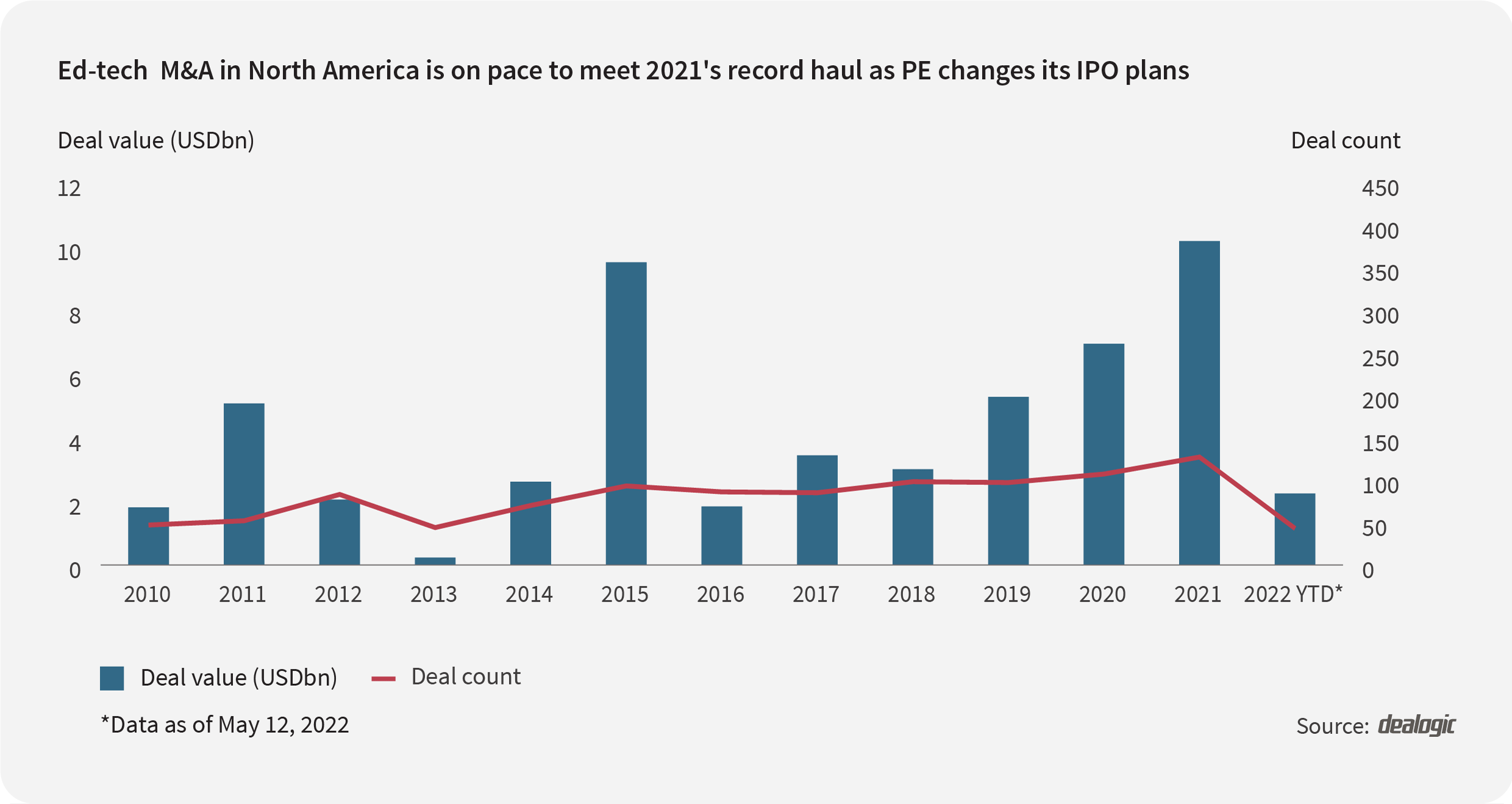 Cambium Learning was another IPO candidate. But its owner, Veritas Capital, took Houghton Mifflin Harcourt private in February in a US$2.8 billion deal, upsizing its exposure to the sector. The deal has prompted speculation that the PE shop may look to merge the two before a listing.

More recently, Frontline Education, another PE-backed ed-tech widely expected to go public, has instead decided to pursue a sale. Its closest peer is PowerSchool, whose shares are down 33% from their first day of trading.

PE funds are seeing this as a teachable moment. IPOs are subject to lengthy lock-up periods and now is not the time to be exiting investments on public markets until they regain some stability.

That doesn’t mean the investment case for ed-tech has changed. There is still a critical mass of people who want to progress their education as well as the need to upskill and reskill the workforce amid industry disruption. But ed-tech assets will remain in private hands until further notice.