“I can’t imagine why any private equity firm would ever want to go public,” Carlyle Group's co-founder David Rubenstein famously said back in 2016. Those comments came four years after the PE juggernaut had listed and its share price had tumbled.

Since the pandemic, however, the market performance of many PE stocks has soared. Investors recognised the opportunity for fund managers to capitalise on market dislocation and rock-bottom borrowing rates. This change of fortunes has Europe's PE mavens considering their own public market debuts. 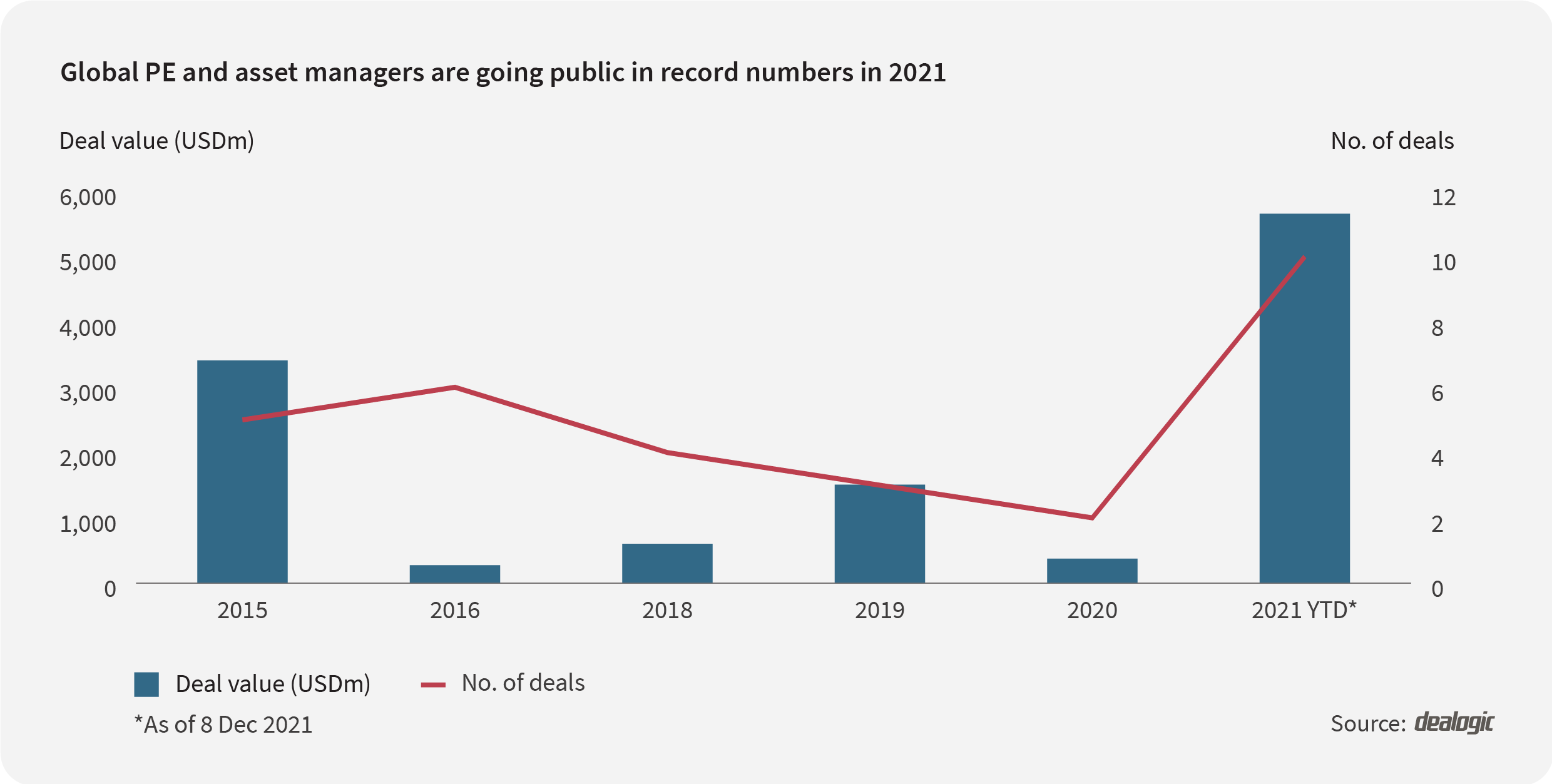 Swedish sponsor EQT Partners laid the blueprint in 2019. Since floating, its share price has surged by around 650% and the firm has expanded its offering with the acquisitions of Philadelphia-based real estate investor Exeter Property Group for US$1.9 billion and healthcare venture capital firm LSP for €475 million.

More recently, the UK's Bridgepoint became the largest listing of a UK PE firm in decades when it took to the London Stock Exchange in July, an IPO that raised £789 million and valued the firm at £2.9 billion.

Now, CVC Capital Partners and Ardian are among the European PE majors that are contemplating a life in public. France in particular offers lots of potential candidates as it's a country that has seen many firms float, including Eurazeo and Tikehau Capital. Infrastructure-focused Antin also debuted on Euronext Paris in September.

The most obvious benefit of an IPO is that it raises cash for the partners and employees of the firm that would otherwise be tied up in its equity. Rather than simply earning management fees on their funds and carried interest on profitable investment performance, an IPO unlocks sequestered liquidity.

A listing can also be seen as a useful way to further professionalise an organisation and ultimately make it more successful. Public market companies are required to publish quarterly statements and implement internal controls and internal audit reviews, improving governance, processes and structures.

By comparison, PE firms operating privately are largely left to their own devices. This can make them over-reliant on a dominant founder calling the shots, making succession a greater risk and leaving a firm's decision-making subject to individual whims.

The further institutionalisation of the PE industry should be a plus for all involved. If only it were that simple.

Allowing partners to cash out of their shares in a firm can be a major concern for limited partners (LPs) invested in the firm's funds because interests and incentives can become misaligned.

When private, a PE firm's duty is solely to their LPs. When the fund performs, the general partner (GP) is rewarded for delivering the goods.

However, in the public markets, it is public shareholders who arguably become the priority, as attention turns to quarterly earnings and building out the organisation to grow management fee income and, ultimately, the share price.

That couldn't be further from the best interests of LPs. Ultimately, they want their GPs to be focused on compensation for shooting the lights out on each deal and delivering bumper financial returns. That alignment of interests is at the heart of what has made PE outperform public markets in decades past.

For those seeking an IPO, they will have a job of allaying their investors' concerns.