An ocean of liquidity has Europe's PE fund managers queuing up in droves to surf the continent's IPO wave—and there is little sign of the tide going out just yet.

European PE-backed floats reached US$25.3 billion in value across 41 listings between January and September, according to Dealogic, representing the highest value recorded for that period since 2014 and the highest volume dating back to 2015. 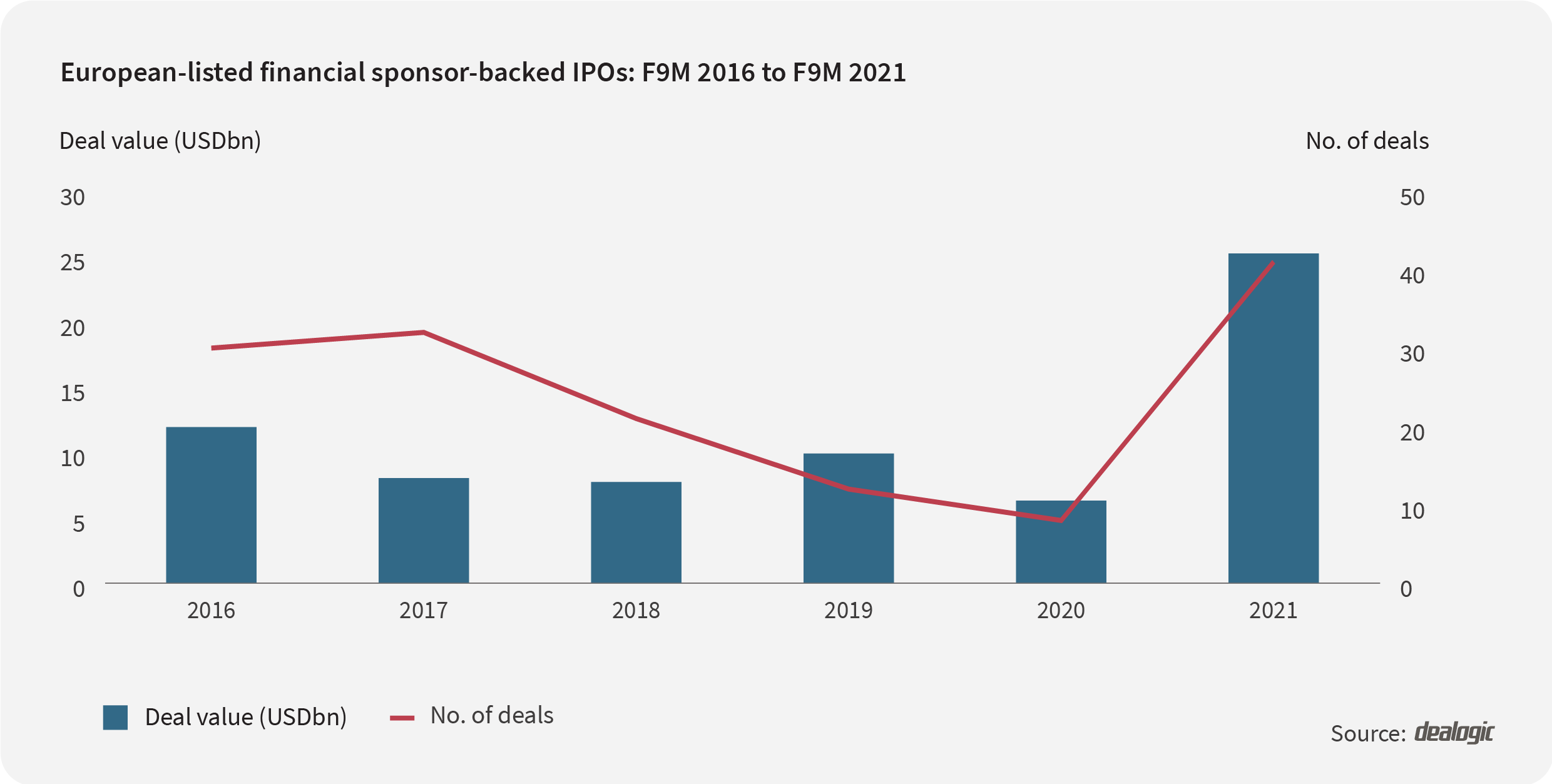 It's a sharp turnaround from last year's lacklustre showing, when PE firms were mostly concerned with triaging their portfolio companies against the impact of the pandemic. There were a measly eight IPOs in the first nine months of 2020, worth a combined US$6.3 billion.

Among the 2021 blockbusters were the US$3.9 billion IPO of Poland's InPost by Advent International; Hellman & Friedman's US$2.6 billion listing of Spanish fund platform Allfunds, which at the time of writing is up by some 30%; and the much-scrutinised Bridgepoint-backed Deliveroo offering worth US$2 billion.

Fund managers have the European Central Bank to thank for the recent IPO frenzy, after historic stimulus was pumped into economies amid the pandemic to stave off economic ruin. This has filtered into markets, lifting asset values and luring companies to stock exchanges to capitalise on investor demand.

It's a theme that has played out across markets. But unlike the US, where the likes of Robinhood, which offers fractional share trading, have brought retail investors to the party, Europe is lagging.

The European Commission is consulting on its Strategy for Retail Investors with the aim of promoting greater investment into European capital markets by households which, if successful, could encourage higher IPO activity.

But protecting retail investors will be at the heart of this policy drive. Over in London, Deliveroo proved itself to be less of an explosive trade and more of a damp squib. Six months on and the stock is flat, after initially tumbling in the first weeks following its debut, drawing much criticism.

More than 70,000 Deliveroo customers participated in the IPO, making it the biggest UK company to involve retail investors in its fundraising since Royal Mail in 2013. In Poland, meanwhile, InPost has lost around a third of its value since going public.

Examples like this are what the EU wants to avoid in its mission to promote investment by individuals. If it's successful in raising retail investment participation in equity markets it could make IPOs an even more attractive exit proposition for Europe's PE firms over the long term. But they will need to deliver more Allfunds and fewer Deliveroos.