Flying taxis taking off? Not before valuations come in for a landing.

Flying taxis taking off? Not before valuations come in for a landing.

Flying taxis are the next big thing (apparently) and investors have piled into this rapidly emerging space with blue-sky optimism. But the whizzy start-ups developing these technologies will likely have to go through a round of consolidation before they truly take off.

North American start-ups developing self-driving car technology drew 25 deals worth US$29.5 billion in 2021, a 32.5% increase by value year on year. Those engineering flying taxis—or electric vertical take-off and landing (eVTOL) aircraft as they're known in the trade—attracted US$6.85 billion across three transactions in 2021, a tenfold increase by value on 2020. 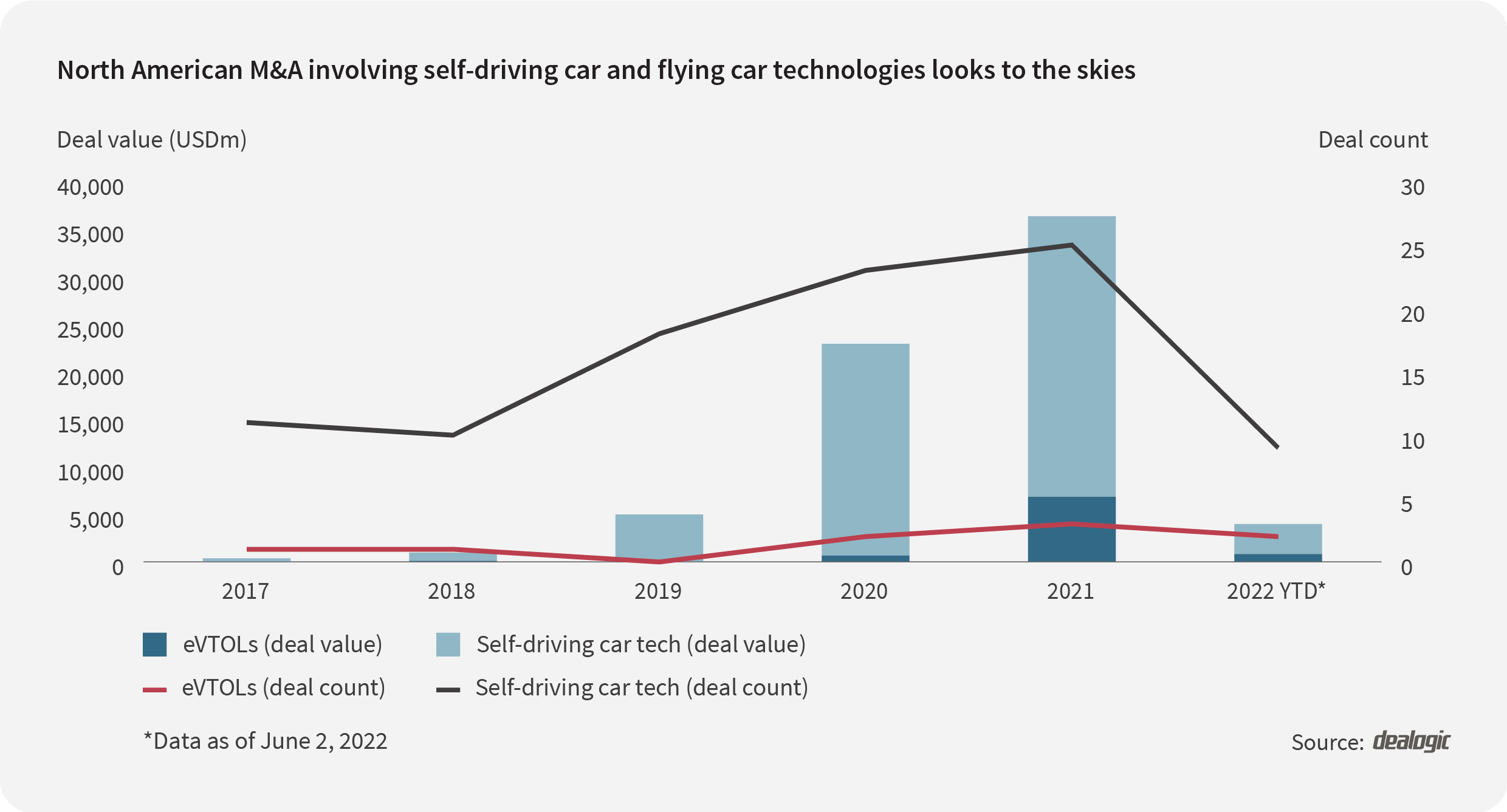 SPACs were behind the bulk of this activity. Since last August, five flying car start-ups used these mergers to go public, including California's Joby Aviation and Archer Aviation, while eight so-called LiDAR companies developing sensor technologies for autonomous cars have gone public via blank check mergers.

Cash shells are a natural fit for young tech companies with a limited track record to rapidly access capital and float on public markets—some would argue before they are ready.

Neither have private markets, with down rounds emerging as start-ups seek additional VC funding. It's a case of back to the drawing board.

“People are going back and rearticulating their investment theses,” says Tariq Bolat, CEO of GPR, a start-up developing ground-positioning radar technology for autonomous driving that aims to raise up to US$40 million in Series B funding by early 2023 and go public in the next three years.

A wave of consolidation is expected across the ambitious flying taxi space. There's the valuation reset that is hitting all parts of technology, but the fact that it can cost between US$2 billion and US$3 billion to develop a single machine will likely be a big factor in this activity.

At the recent TC Sessions: Mobility, Wisk Aero CEO Gary Gysin said he believes no more than five or six such companies will eventually succeed. The odds of Wisk being one of those are decent, the company having landed a US$450 million investment from Boeing in January to help it develop a self-flying eVTOL. It could turn to M&A to add technologies in propulsion, autonomy or higher power, low weight battery cells.

According to JP Morgan, the sky is the limit for Archer Aviation, which has a stronger balance sheet than its rivals and, crucially, its Maker eVTOL has a design advantage. The company plans to deploy a multi-rotor engine that makes it lower risk and more likely to achieve certification from the Federal Aviation Administration, the bank said in a recent analyst note.

Whoever picks up the biggest fare, there is an estimated US$1 trillion market opportunity up for grabs in the coming decades. That's a long way off—for now, there will be an inevitable round or two of consolidation before the clear winners take off.