After a couple of quiet years, is the private equity juggernaut finally turning back towards Europe’s banking sector?

The volume and value of PE acquisitions of European banks has dropped off since 2018 and it's not hard to see why. Sponsors have been wary of the sector through the pandemic, given uncertainties around the health of loan books and the potential for mass customer defaults. But this looks to be changing. 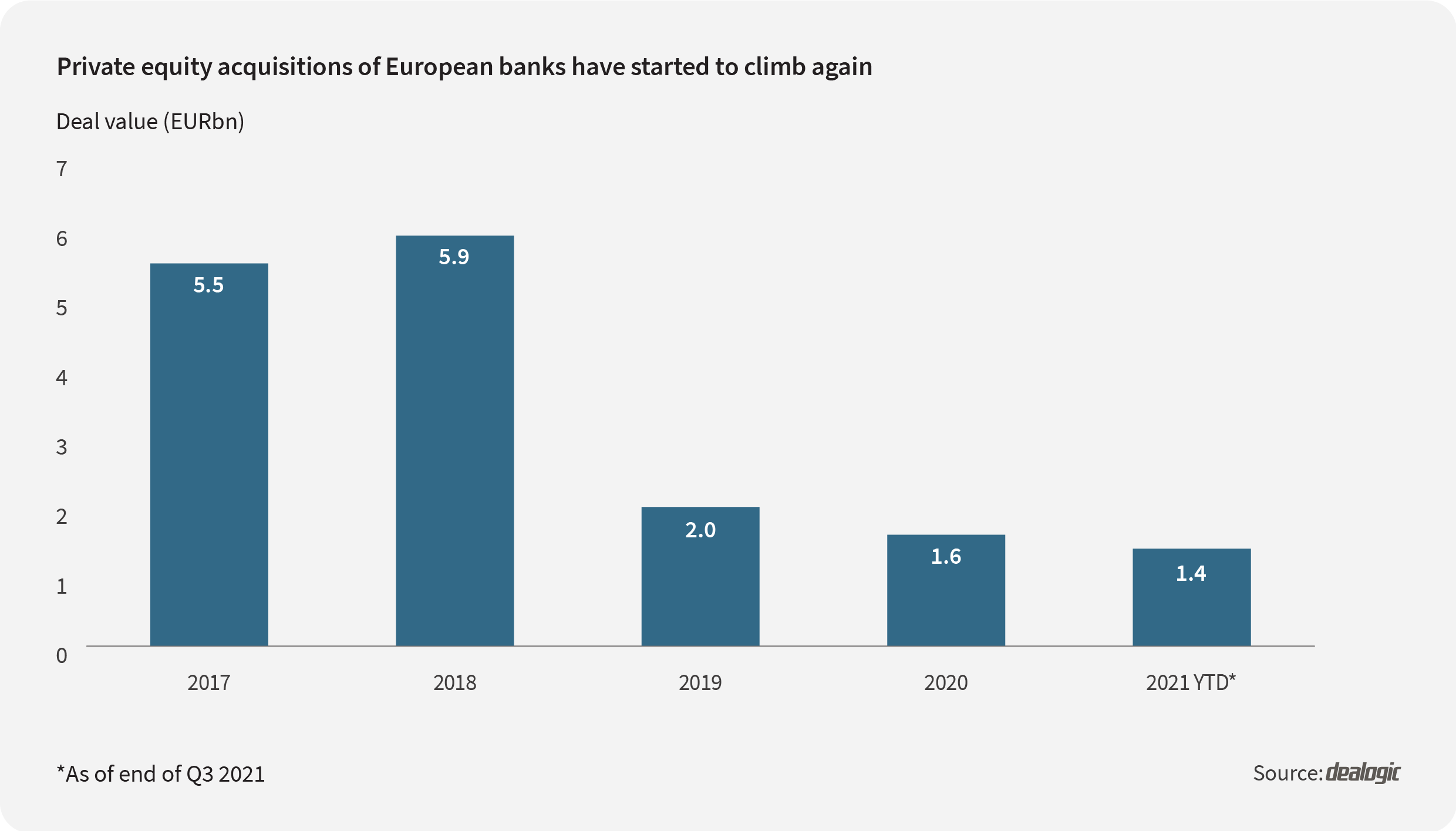 Cerberus’s acquisition of HSBC’s French retail operations via the former's portfolio company My Money Group, and JC Flowers’ and Bain Capital’s minority investment in The Co-operative Bank earlier this year could be a sign of more to come.

And now we have German real-estate financier Aareal Bank, the latest quoted lender to attract PE interest. The company confirmed last month that it was in takeover talks with a group of financial investors including Centerbridge, Advent and TowerBrook—although the latter has since dropped out of the running.

Any deal would, in part, be an arbitrage play. Not only would a suitor gain control of Aareal's coveted software unit Aareon, it would cut a deal at roughly half the mortgage lender's book value. Public investors continue to see residual risks in the loan portfolios of many banks and this is reflected in their share prices.

Banks are piquing PE interest due to some compelling fundamentals. For one, the sector in Europe is deeply fragmented, making it ripe for consolidation. And perhaps most alluring of all, there is the macro outlook.

Since the global financial crisis, base rates have been kept infinitesimally low to promote borrowing and spending, and disincentivise saving. The European Central Bank's (ECB) deposit facility rate, which determines the interest paid to banks for depositing cash with the ECB, has been in negative territory for years.

The pandemic has only encouraged central banks to redouble their looser than loose monetary efforts. But now inflation has entered the arena—spiralling costs mean that central banks will be forced to raise the base rate sooner or later. And when rates rise, banks benefit.

Earlier this month, the Bank of England signalled its intention to raise interest rates in "the coming months" in response to high inflation but held off on an immediate increase. Most expect that the ECB will take longer to act, but this should not be a concern for PE funds buying now and holding for many years. The prospect of higher profits after years of lacklustre performance will be whetting sponsor appetites.

And with the EURO STOXX Banks Index up 40.8% year-to-date at the time of writing, any arbitrage plays could soon be a thing of the past.