The pitches that PE execs are typically used to are Powerpoint presentations to investors or management teams. But firms are now trading slides for slide tackles and stepping in to support sports teams struggling with costs and revenues lost to the pandemic.

Football is dominating sports-related dealmaking, according to Dealogic. Spain’s top-tier division La Liga’s €2.7 billion deal with CVC Capital Partners is the largest to date and of the 143 sports deals in Europe since the start of 2016, La Liga is one of three targets worth over €500 million.

Meanwhile, Newcastle United’s long-awaited takeover by a Saudi-led consortium was confirmed last week. The deal, which sees an end to Mike Ashley’s 14-year tenure at the Premier League club, results in the Saudi Arabia’s Public Investment Fund acquiring an 80% stake in the club, while Amanda Staveley’s PCP Capital Partners and the Reuben Brothers will each take a 10% stake. 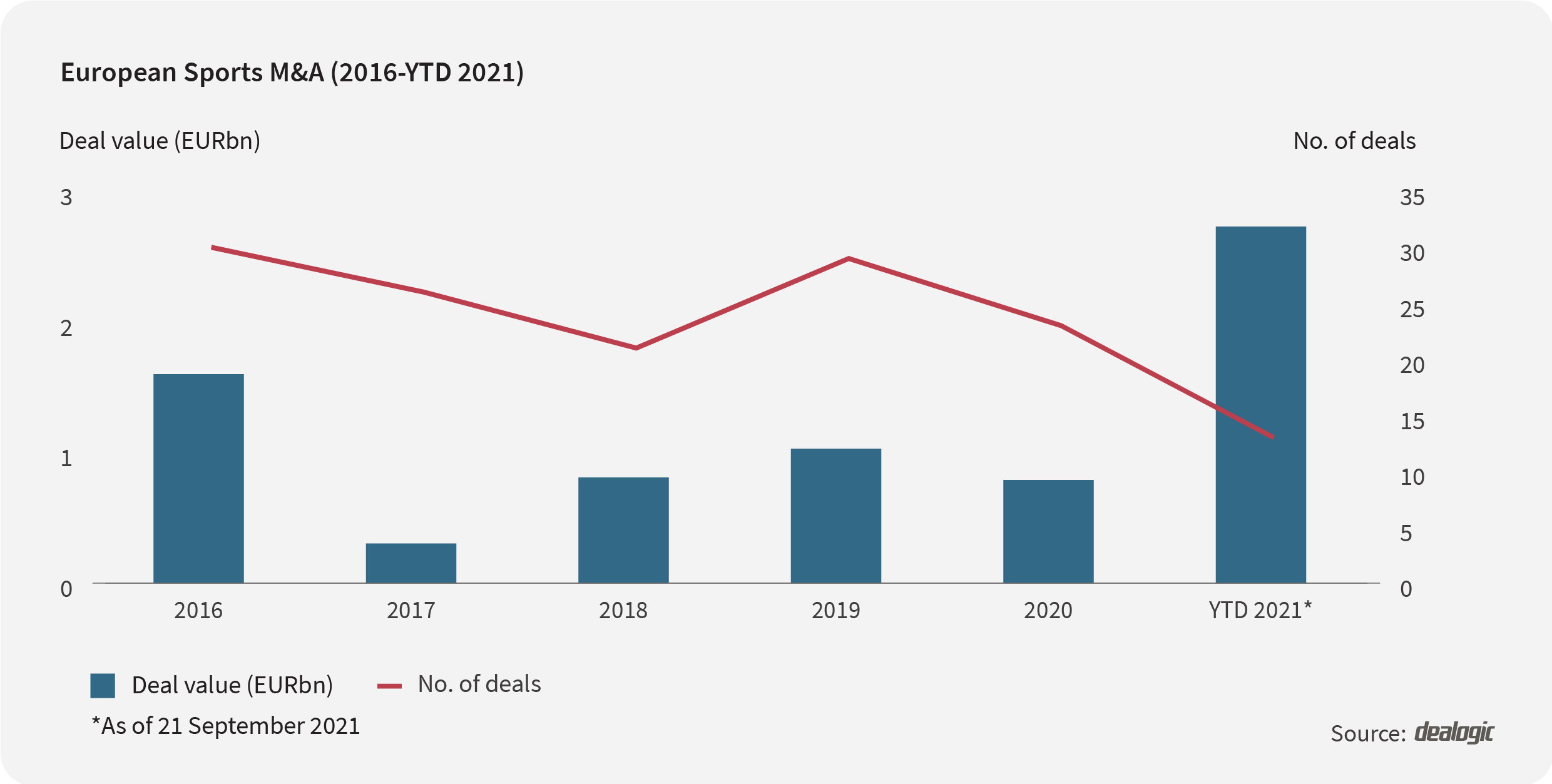 Less high-profile plays include RedBird Capital Partners’ purchase of an 85% stake in French side Toulouse in June last year, and the acquisition by Velocity Sports Partners, the sports investment arm of ALK Capital, of an 84% stake in English Premier League side Burnley in December.

Many of Europe’s sports clubs are in dire straits following two pandemic-afflicted seasons, reeling from spiralling costs on the one side and a collapse in ticket sales. Barcelona FC’s wages now exceed revenue, and its debts have soared to €1.35 billion. UEFA, European football’s governing body, says teams increasingly rely on debt and equity injections.

Hamstrung by COVID-19 restrictions, sports clubs are looking at new ways to expand, including broadcast rights partnerships and new streaming distribution opportunities. Earlier this year more than 20 PE firms were in the running to invest €300 million for a 20% stake in the Bundesliga’s plan to roll out an international online subscription service.

But private equity is not always welcome on the team, seeing pushback from fans and players alike who are wary of the financialisation of the beautiful game. Under pressure from its constituent clubs, Bundesliga ended talks in May with the 20-strong PE consortium.

Second half fight back?

All is not lost, though. The sporting industry remains under pressure and there is every chance that more deals will follow. Bundesliga has said that talks have ended for the time being but could be rekindled. Meanwhile, a deal by Italy’s cash-starved Serie A to sell a 10% stake in the league worth €2 billion to CVC, Advent and FSI Fund has been repeatedly postponed. Last month, however, it returned to the negotiating table. Private equity has not been relegated yet.