If 2021 is any measure, you'd better hold on to your hats in 2022. Global M&A exploded last year, setting a record of close to US$6 trillion. Of that total, EMEA contributed US$1.5 trillion—the third-highest annual value for the region on Dealogic record.

EMEA M&A activity has been unstoppable of late, the region seeing at least US$300 billion worth of deals for five successive quarters. The rebound in the economy certainly helped investors regain their confidence but the real story is that private equity's (PE’s) coffers are stuffed to the gills and they are not afraid to spend.

What does this mean for corporates assessing their M&A strategy for 2022?

First and foremost, PE is going big. KKR reaffirmed its number one title after backing the biggest leveraged buyout in European history. The PE house made a preliminary approach for Telecom Italia for US$40 billion in cash and debt, eclipsing its previous record. Back in 2017, KKR earned the same distinction with its buyout of UK high street pharmacist Alliance Boots, valued at US$22 billion.

Telecom Italia was just one of seven deals that were worth north of US$20 billion, including the US$31 billion tie-up of Vonovia and Deutsche Wohnen.

A not so bold prediction for 2022? Tech will loom large in M&A this year.

The urgency for companies to grow and scale amid the pandemic has made technology a clear winner, the sector once again being the most active in EMEA by a wide margin.

Tech M&A across the region soared to a record US$312 billion, trouncing the previous record of US$181 billion set in 2020, spurred by SPAC takeovers that included eToro, Cazoo and Pagaya.

The sector has hit the US$100 billion mark in five of the past six years and shows no signs of slowing down. Several high-profile deals are in the offing, including Vista Equity-backed Finastra, a UK-based financial software firm, which has reportedly retained Credit Suisse for a sale that could realise up to US$4.5 billion.

Another prediction that is likely to age well is that PE will actively seek carve-outs, as corporates remain under pressure to repurpose their portfolios and hone their strategic focus, while raising cash to pay down debt secured during the pandemic.

With a wall of dry powder estimated to be more than US$2 trillion globally, PE still has significant firepower with which to shake things up. Couple that with corporates rethinking their growth strategies, and European bourses looking to welcome more SPACs, and things are looking exceptionally bullish for EMEA M&A for the next 12 months. 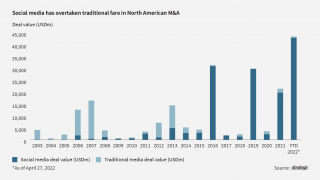 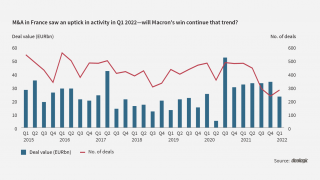 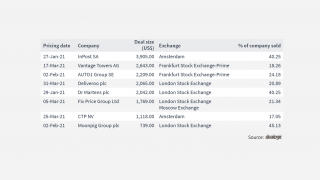 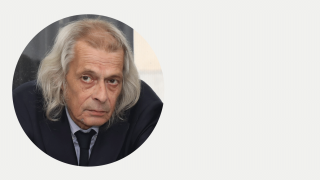 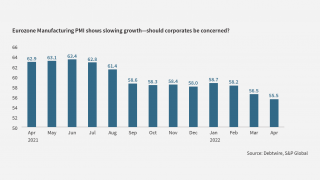 What do corporates have to worry about right now? Basically, everything