Things don't look too pretty for SPACs, with investors bailing on these cash vehicles in droves. More than half (53%) of the shares in US-listed special purpose acquisition companies have been redeemed in the third quarter, an analysis of Dealogic data shows. 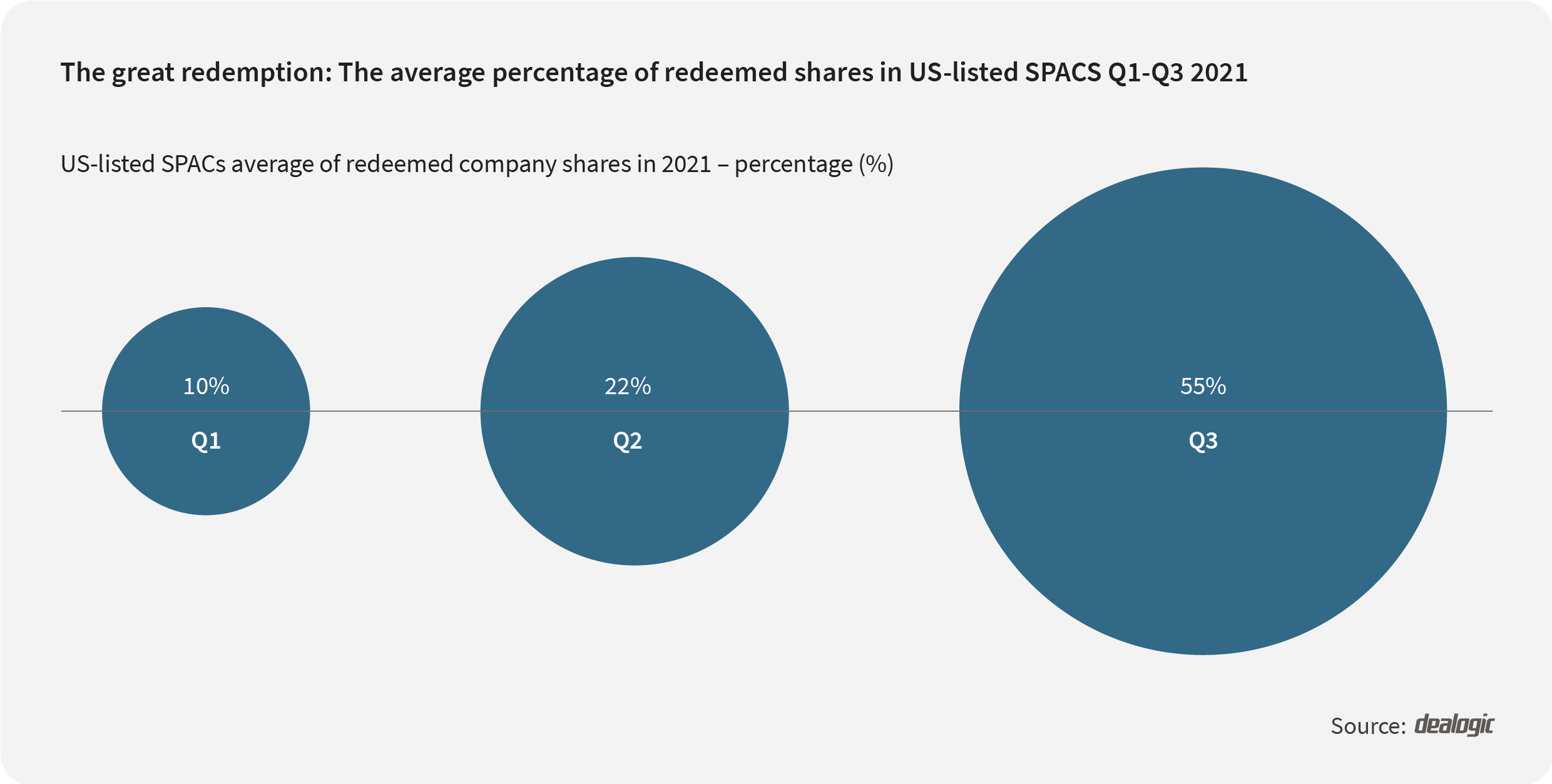 Last quarter the average redemption rate was just 22% and before then, in Q1, only 10% of investors pulled their money out of the pot when it came time to close a merger.

Some deals have seen redemptions exceed 90%, like Sustainable Opportunities Acquisition’s merger with DeepGreen to form The Metals Company. Investors ditched the deal last month, leaving the transaction with a US$500 million shortfall. And it was not only the original SPAC investors that jumped ship, but unnamed investors who pledged a US$330 million PIPE only delivered on US$110 million.

This is big news and should be a warning shot for corporates seeking deals with these blank check companies. It says a lot about their ability, or inability, to deliver. So, what do corporates need to watch out for?

1/ Is a SPAC worth all the trouble?

A mass redemption like this can derail a deal as many companies set a minimum cash threshold to be met for the transaction to be consummated. In the case of DeepGreen, it waived the US$250 million minimum cash requirement and received about US$137 million instead. For corporates contemplating a SPAC transaction, they will be asking whether these deals are built on empty promises and if they are worth the hassle.

But what's with the change of heart? It seems that investors got ahead of themselves in Q1 and threw everything they had at SPACs in the hope of getting access to market-beating deals. High redemptions show that investors are not overly convinced by the companies these cash shells finally settle upon.

These puckish retail investors have cottoned on to the great SPAC redemption and how to play it to their advantage. Given the extremely low remaining float of shares available if investors balk at the deal, it doesn't take much to move the stock.

In the case of Locust Walk Acquisition, which saw a redemption rate of 97% in August when it announced its merger with eFFECTOR Therapeutics, there were just 500,000 shares in float once investors backed out. Traders pushed that stock up and retail investors FOMO'd in, sending it sky high with minimal effort.

Over a matter of days, eFFECTOR was up 170% from its nominal US$10 SPAC price. But through September it has been falling back down to earth. The recent SPAC phenomenon has proved to be nothing short of a roller-coaster ride, and one that many no longer have the stomach for.