Private equity (PE) funds had been playing a starring role in M&A activity, taking on the mantle of hardened dealmaking devotees as corporates retreated early this year. In recent months, however, this model has been put to the test.

The Federal Reserve’s higher-than-expected rate hikes, combined with ongoing uncertainty in the markets, have left PE firms extra cautious about leveraged buyouts. LBO activity dropped 53% year on year in Q2 2022 to US$50 billion.

A higher base rate means higher credit yields and lenders that are increasingly reluctant to finance leveraged deals.

M&A was also down in Q2, but not to the same extent. Dealmakers struck 2,098 transactions worth a total of US$500.7 billion—an 8.5% drop in value compared with the preceding quarter. 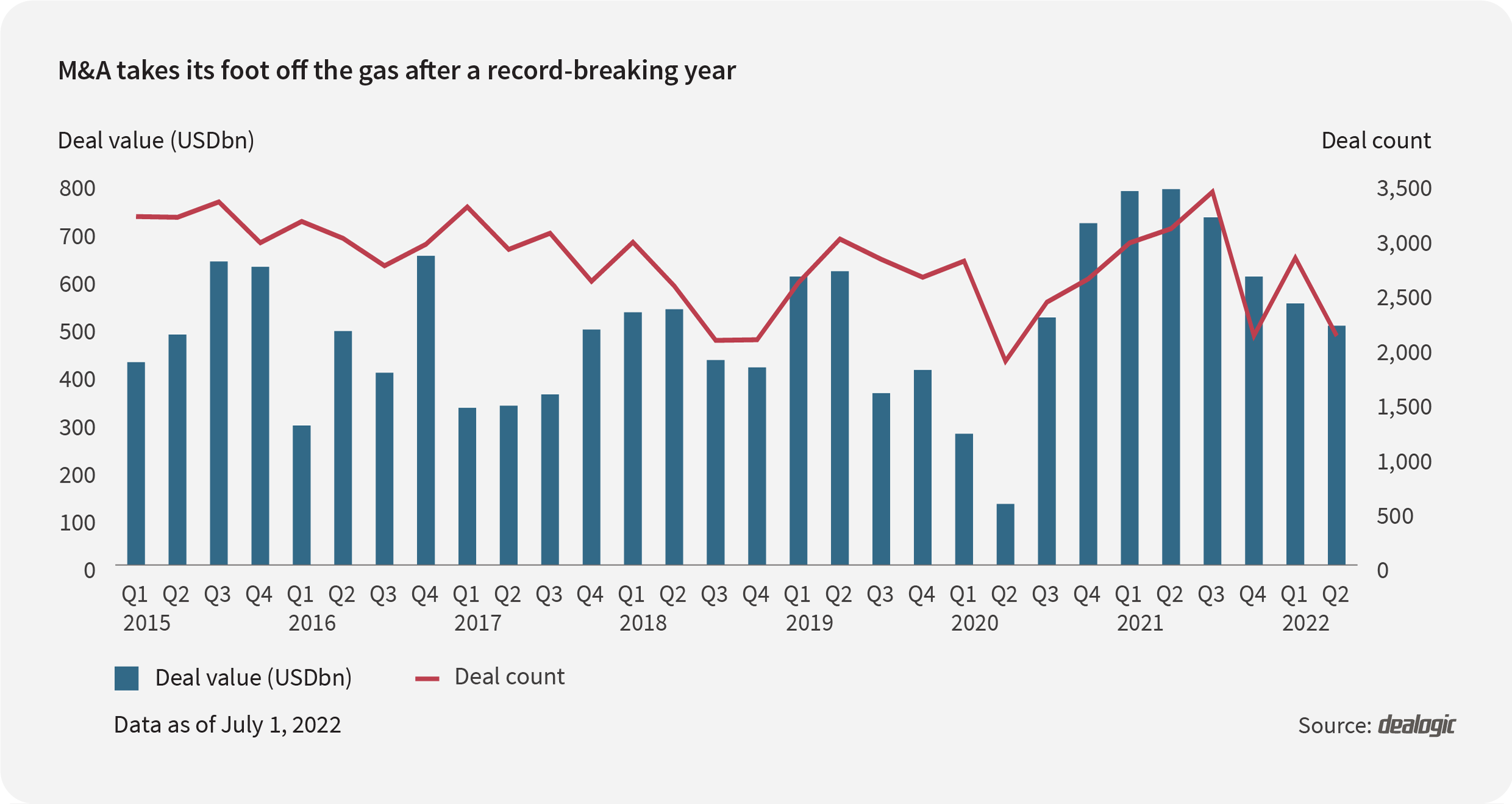 Admittedly, however, that robust value level was massively propped up by Broadcom’s US$71.6 billion acquisition of virtualization software developer VMWare. It was the largest transaction in the world in Q2 and the second biggest of the year so far, after Microsoft’s US$75 billion deal for video games publisher Activision Blizzard.

In short, PE funds have taken a smaller slice of overall activity in the past three months as credit conditions have tightened—but that could soon change.

While funds may no longer have easy access to debt financing, they are simultaneously eyeing one of the biggest buy opportunities in some time. The fall in stock markets—the S&P 500 is down by nearly 20% and the NASDAQ by 28%—is creating an opportunity for financial sponsors to buy assets at a discount.

Case in point: In late June, Zendesk sold to a group led by Hellman & Friedman and Permira for US$10.2 billion, four months after the software firm snubbed a US$17 billion offer.

These canny investors tend to make the most of downturns by bringing their operational nous to bear at a time when companies need it most. Don’t be surprised if they repeat that past success. 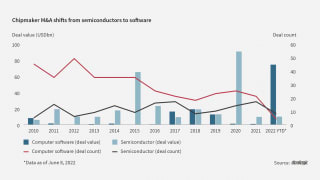