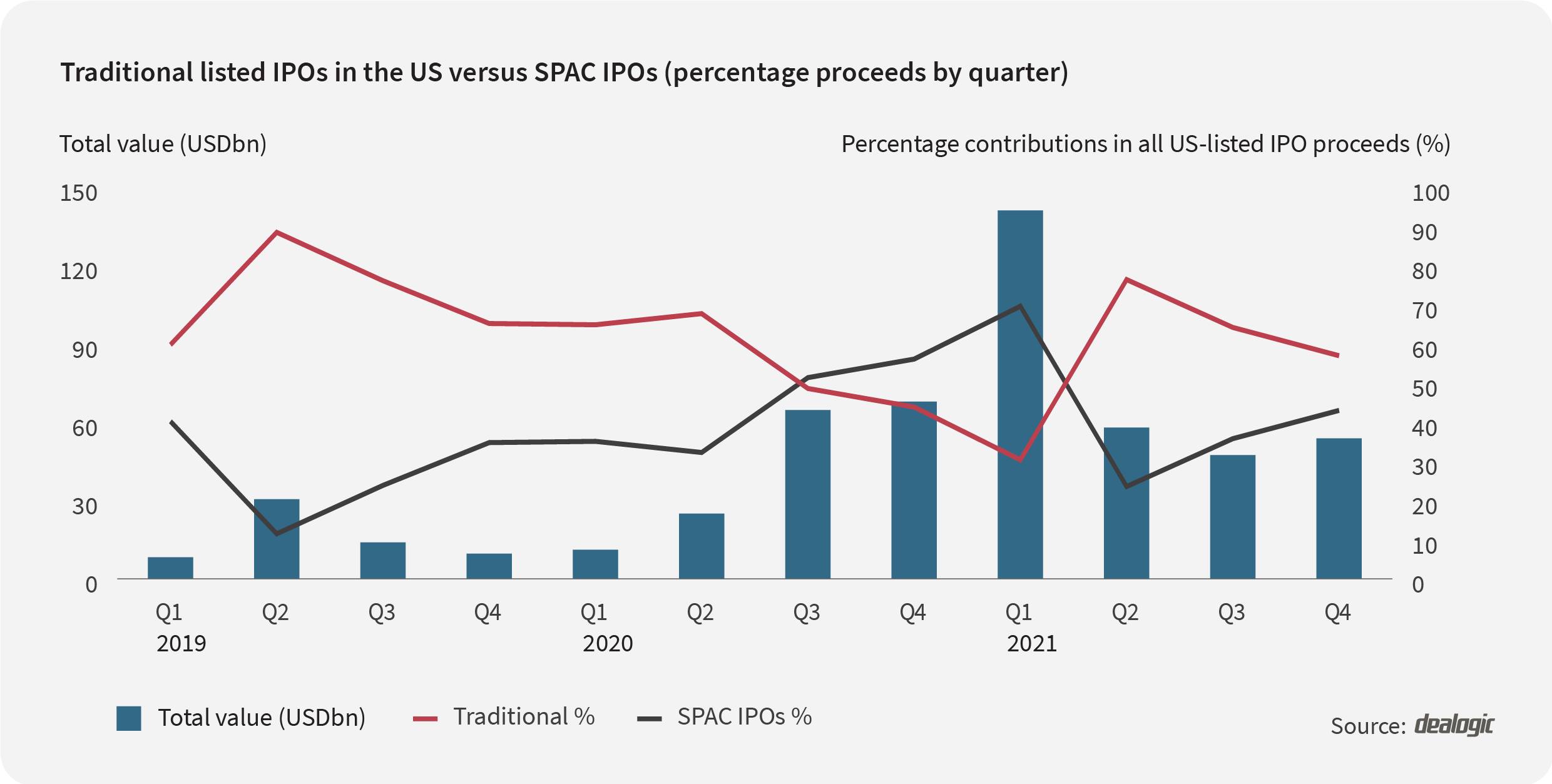 In the eyes of US Securities and Exchange Commission (SEC) chairman Gary Gensler, the SPAC market has been a free-for-all, benefitting everyone except for the retail investors who stump up their cash to back these deals. Speaking last month, the Wall Street watchdog floated potential rules that would oblige SPAC sponsors to provide investors with the same protections they expect in traditional IPOs. Developments such as these could have an impact on investors considering a SPAC both in the US and in markets where they have not been dominant.

Gensler has taken issue with the inflated promises that sponsors and target companies often make to investors when it comes time to transact—promises that are often left unfulfilled when the overly embellished forward-looking guidance reveals itself to be built on the flimsiest of foundations.

Not only does Gensler want to see less speculative and more realistic disclosures that are more in keeping with IPOs, he also wants sponsors, advisors and accountants to be held liable for any wild or inaccurate forecasts.

“Make no mistake: When it comes to liability, SPACs do not provide a ‘free pass’ for gatekeepers,” he remarked at the Healthy Markets Association Conference held at the end of 2021.

The SEC has already begun setting a precedent for tackling this grift. Last year, the regulator took enforcement action against electric truck start-up Nikola after its founder and CEO, Trevor Milton, allegedly misled investors about the business’s technology and capabilities.

Days before Christmas, the SEC announced that Nikola agreed to cough up US$125 million in penalties in connection with Milton having deceived investors about the company’s technological advancements, in-house production capabilities and truck orders. The company paid the fine without admitting or denying the regulator's findings.

In addition to tightening the rules to stop so-called cash shells from window dressing financial projections, Gensler has trained his crosshairs on what he sees as “inconsistent and differential” disclosures during the various stages of the SPAC lifecycle. Private placement in public equity (PIPE) investors “may gain access to information the public hasn’t seen yet and can buy discounted shares based upon that information.”

In other words, all investors—big or small, retail or institutional—should have access to the same information at the same time.

The retail investor brigade may also not fully grasp that SPAC sponsors usually pocket 20% of the equity in merger deals, Gensler added. He argues that they should receive more information about the fees, dilution and conflicts of interest that may arise during the different stages of a merger.

This fighting talk will have caught the attention of SPAC sponsors and any corporates seeking a fast track to the public markets.

It remains to be seen when any formal rules will come down from on high. But the fate of Nikola, coupled with Gensler's blunt perspective, means that SPAC targets promising the earth and failing to deliver—especially where demonstrably bogus claims are made—are not likely to escape unscathed.