Deals involving SPACs are dropping like flies. One merger after another is being cancelled as investors take their money elsewhere.

Since mid-2021, around two dozen US-listed SPACs have called off previously announced merger agreements, according to Dealogic. Pulled transactions include the three-way US$688 million merger between Astrea Acquisition, HotelPlanner and Reservations.com, as well as fintech startup Acorns Grow and Chicago-based Kin Insurance. 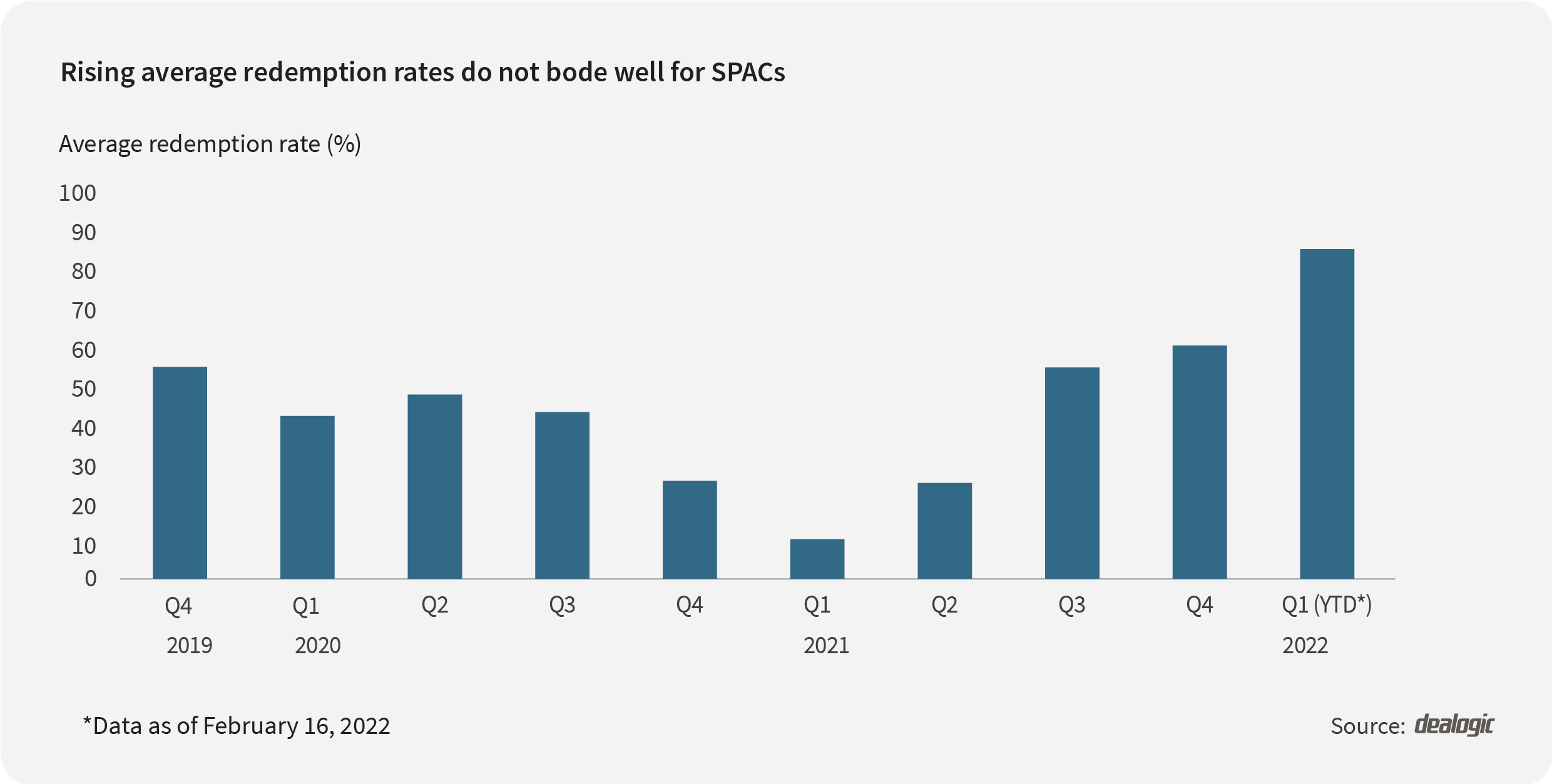 By virtually every measure, SPACs are coming apart at the seams.

For the most part, investors are just not on board with these deals once they are announced.

The broader risk-off market sentiment is at least partly to blame. SPAC deals tend to sit towards the tech end of the spectrum, where stocks have been in freefall for a number of weeks, first amid inflation fears and now compounded by Russia's invasion of Ukraine.

The aftermarket performance of many of the businesses that successfully completed de-SPAC deals has not helped either. The Defiance Next Gen SPAC Derived ETF, heavily weighted to de-SPACed companies, is down more than 19% year-to-date and around 43% on the year.

This market sell-off is giving SPAC sponsors a reason to sit on the sidelines. Just 18 de-SPAC transactions have been announced as of mid-February 2022, representing US$21 billion in combined value, according to Dealogic. That’s a major drop from the previous quarter, when 64 deals representing US$82 billion were announced, and a far cry from Q3 when there were 65 announced de-SPACs totaling US$165 billion in value.

At some point, the SPAC tide may turn—but when that might be is anyone’s guess.