SPAC sponsors are throwing more money into the pot

SPAC sponsors are throwing more money into the pot 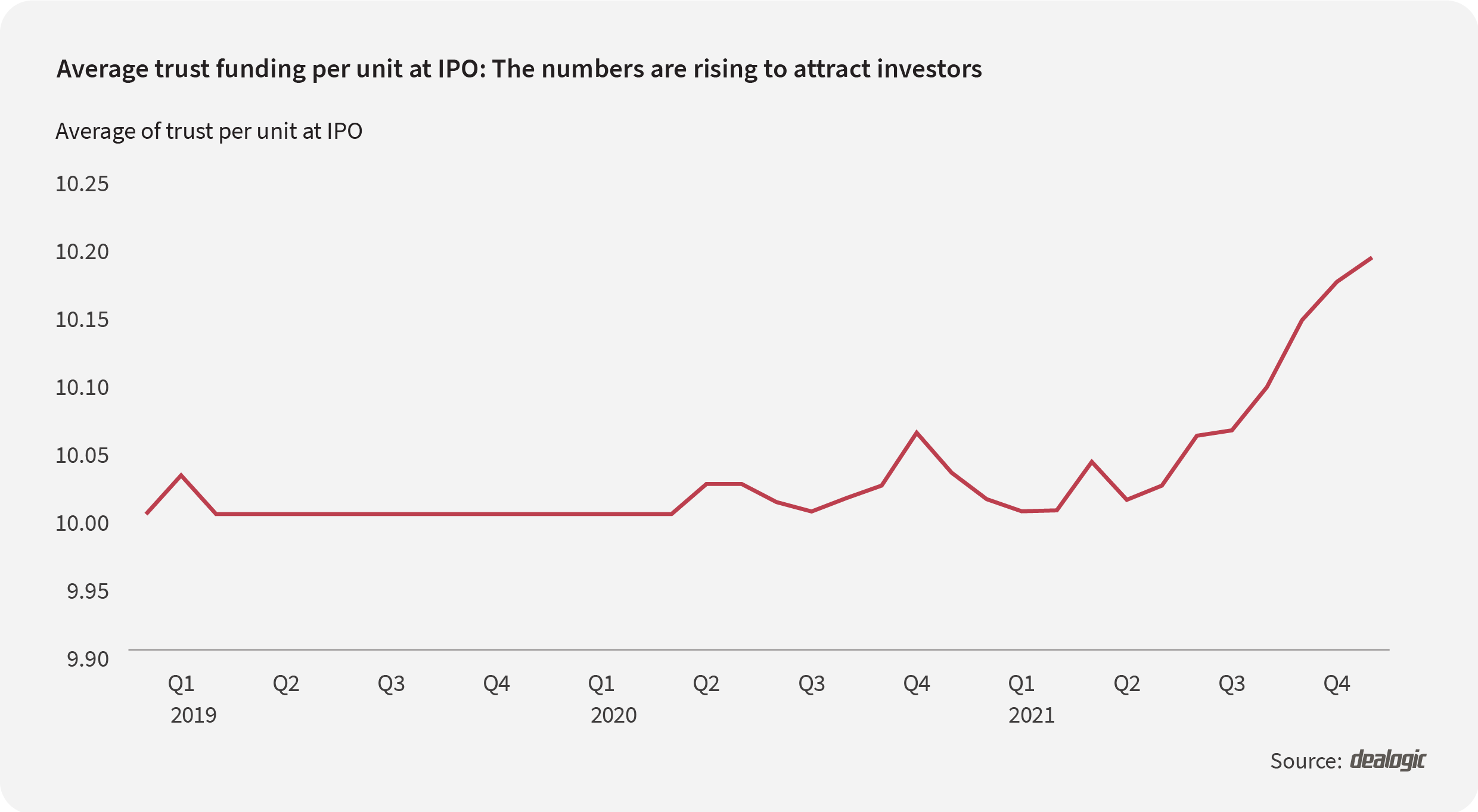 SPAC issuance in the US may have cooled, but it has far from frozen over. October saw the highest number of cash shells priced on US exchanges since the March madness, with more than US$11 billion collected for upcoming deals. That's a fair comeback for an asset class that had fallen somewhat out of fashion.

At least part of that change in fortunes can be explained by sponsors enticing investors back by overfunding their trusts. The average SPAC trust in November was overfunded by 19%, according to Dealogic, meaning sponsors put US$10.19 per share into trusts when their SPACs launched their IPOs, rather than the customary US$10 a share.

Only one SPAC funded its trust at US$10 per share in November. The other 37 blank check companies that priced last month were overfunded, according to Dealogic. In October, 49 SPACs overfunded their trusts, by an average of 14%, while only six did not.

The last thing a sponsor wants is come up short of cash for a deal and so winning back the hearts of investors has been critical, which explains the recent change of tack.

Overfunding the trust by adding money on top of the gross proceeds raised from the SPAC IPO means that investors who choose to redeem shares when a merger is finally found end up making a return on their investment.

A 1.9% return may not seem like much, but when 10-year US treasuries earn little more than 1.4% and junk bonds offer low single-digit figures, it's a cherry on top that's not to be sniffed at.

On the up and up

This practice is nothing new. From 2016-2019, SPAC Insider reported that roughly a third of SPACs overfunded their trusts, usually by just 1%.

In 2020, the average SPAC trust saw an extra 2% chipped in, according to Dealogic, with higher rates occurring in the fourth quarter when accelerating issuance made securing investors more competitive.

This year, the average amount of dollars per unit that sponsors are putting into SPAC trusts at IPO has been increasing every quarter. In Q1, 21 trusts were overfunded by 1% on average, doubling to 2% in Q2, significantly rising to 7% in Q3 when the SPAC mania had really gone off the boil, and it now stands at an average of 16% in Q4.

If sponsors keep this up, cash shells may be looking at a comeback after Christmas. In today's yield-starved environment, these top-ups are an offer that's too good to refuse—but it's a deal sweetener that is unlikely to help with the recent rush to redemptions.