For all the talk of SPACs this year, EMEA has been notably absent from the conversation, but that could soon change as interest in the fintech space heats up. Rising valuations and the hope of acquiring highly scalable software propositions in the financial services industry bode well for future activity. 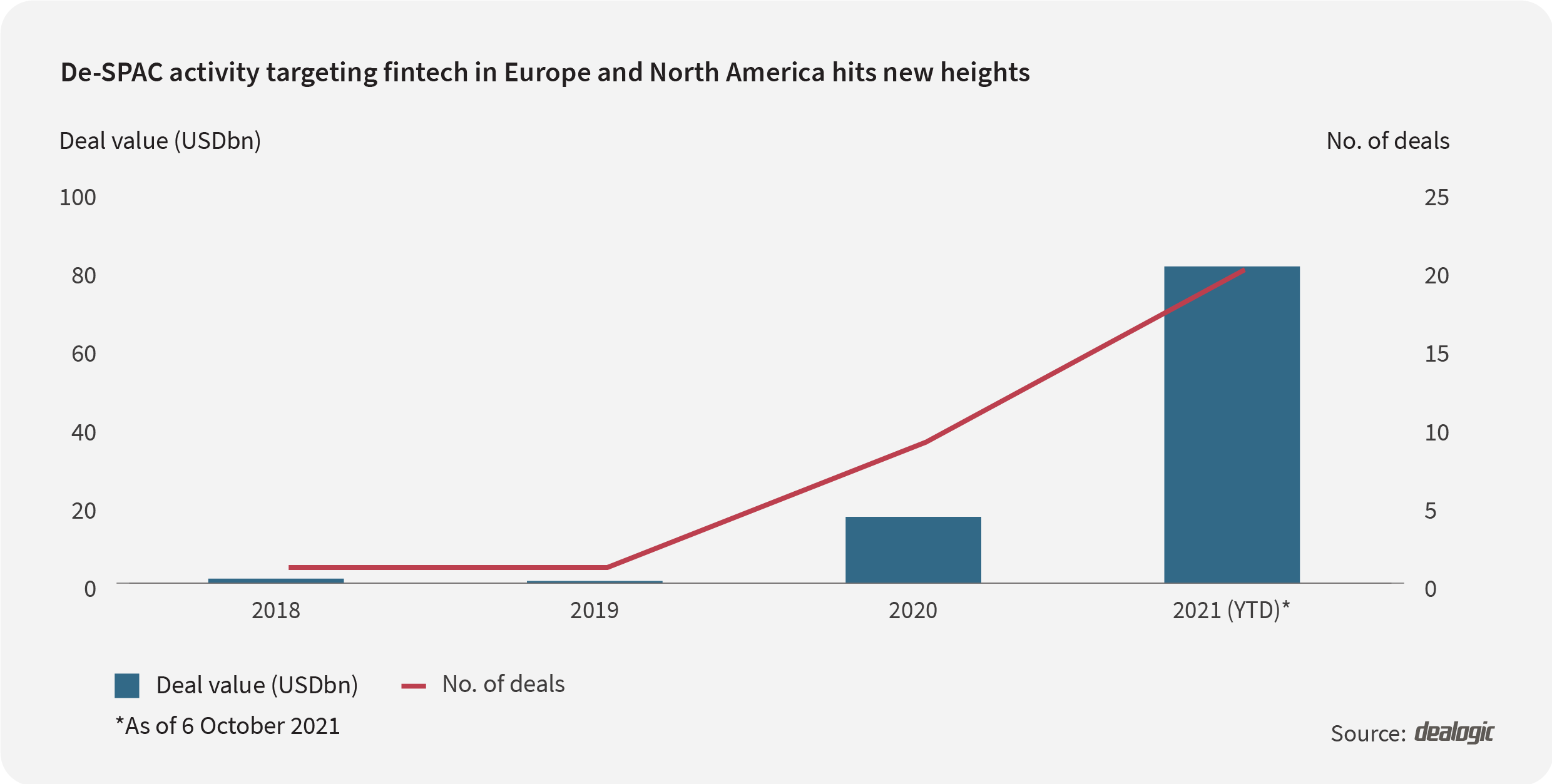 This year has seen records set for SPAC M&A globally and 20 fintech deals have been tallied across EMEA and North America worth a combined €69.9 billion, with the US mopping up most of this capital. Even so, the two European fintech de-SPACs secured in 2021 to date accounted for a sizeable US$15 billion in deal value.

Meanwhile, the fintech-focused cash shells, Pegasus Europe and EFIC—which count former UniCredit chief Jean Pierre Mustier and ex-Commerzbank boss Martin Blessing among their respective founders—are two of Europe's largest SPAC raisings this year. It's only a matter of time before they find their targets.

A match made in heaven

The appeal of the sector is not just the scalability of high-quality assets benefitting from trends in mobile payments and the democratisation of retail investing. There is also a deep pool of targets that remains in private hands, with valuations that in many cases have yet to catch up with public markets.

This makes a good match for the mass of SPAC capital that has been raised on both sides of the Atlantic, much of which is targeting the broader tech space. With cash on hand, SPACs will be looking across borders for opportunities in the sector.

Tel Aviv and New York-based Pagaya, which operates an artificial intelligence network that makes financial transactions more efficient, is the latest high-profile fintech to strike a deal, merging with Nasdaq-listed EJF Acquisition Corp at a €7.7billion valuation in September.

These may be some of the first EMEA fintech unicorns to benefit from the SPAC raising frenzy that has defined 2021, but they won't be the last.