Stuck between a rock and a hard place, investors brace for tech cap hikes

Stuck between a rock and a hard place, investors brace for tech cap hikes

Growth stocks have fallen out of fashion and tech companies have written off hopes of launching IPOs any time soon. Bankers are shifting gears, no longer preparing for public floats but capital increases for cash-strapped tech stocks. 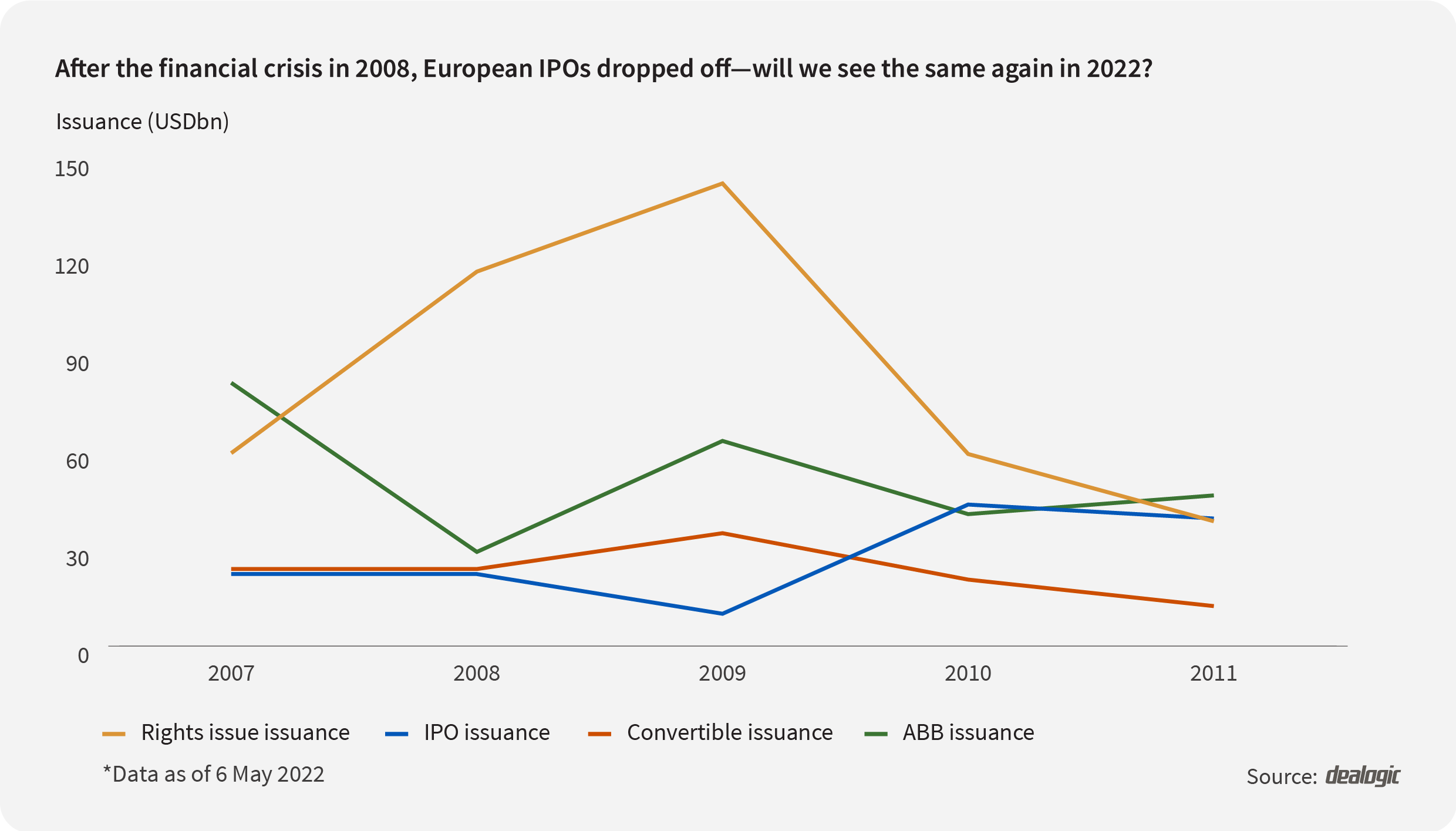 While the CBOE Vix, a key volatility indicator, has eased off from its 30-plus highs earlier this month, it’s still above the 20 threshold, below which markets are considered settled.

Even if it does move down into that safety area, how long can it stay there? It’s already breached the 30 level no fewer than six times this year. In 2021, that happened only once.

Seasoned practitioners point to the last prolonged bear market for equities: the global financial crisis. At the time, European IPO volumes collapsed as investors stepped away from riskier investments to concentrate on existing portfolios.

The IPO drought back then was offset by other deal types, particularly capital increases as companies scrambled to shore up balance sheets.

A surge in equity raising during the pandemic means many companies are well capitalised. But this is not the case for many tech stocks which, until very recently, were investor favourites.

Other high-growth tech names are likely to be short of cash and will have to raise capital to fund the growth upon which their business is predicated—or simply to survive. They have few alternatives since debt markets are closed for many until further notice.

According to Dealogic’s likely-to-issue data—a predictive algorithm that assesses the likelihood of equity market activity by a given company—several large European tech names stand out as possible issuers of primary equity capital over the next few months (see table below).

Naturally, these companies will be loath to dilute themselves at sell-off prices, but rescue financing will be necessary in some cases.

A lot comes down to how long the tech bear market persists. Analysts at Bank of America predict at least a two-year bear period for what they call “speculative tech”. Shareholders who remain long-term believers in these names, many of which are pre-profit and entirely dependent on external financing, will have to step in to help them through tough times.

Ultimately, investors don’t have much choice. Having leaned heavily into the sector during the easy-money pandemic period, they will reluctantly support rights issues. If they don’t, they might as well write off the investments entirely. 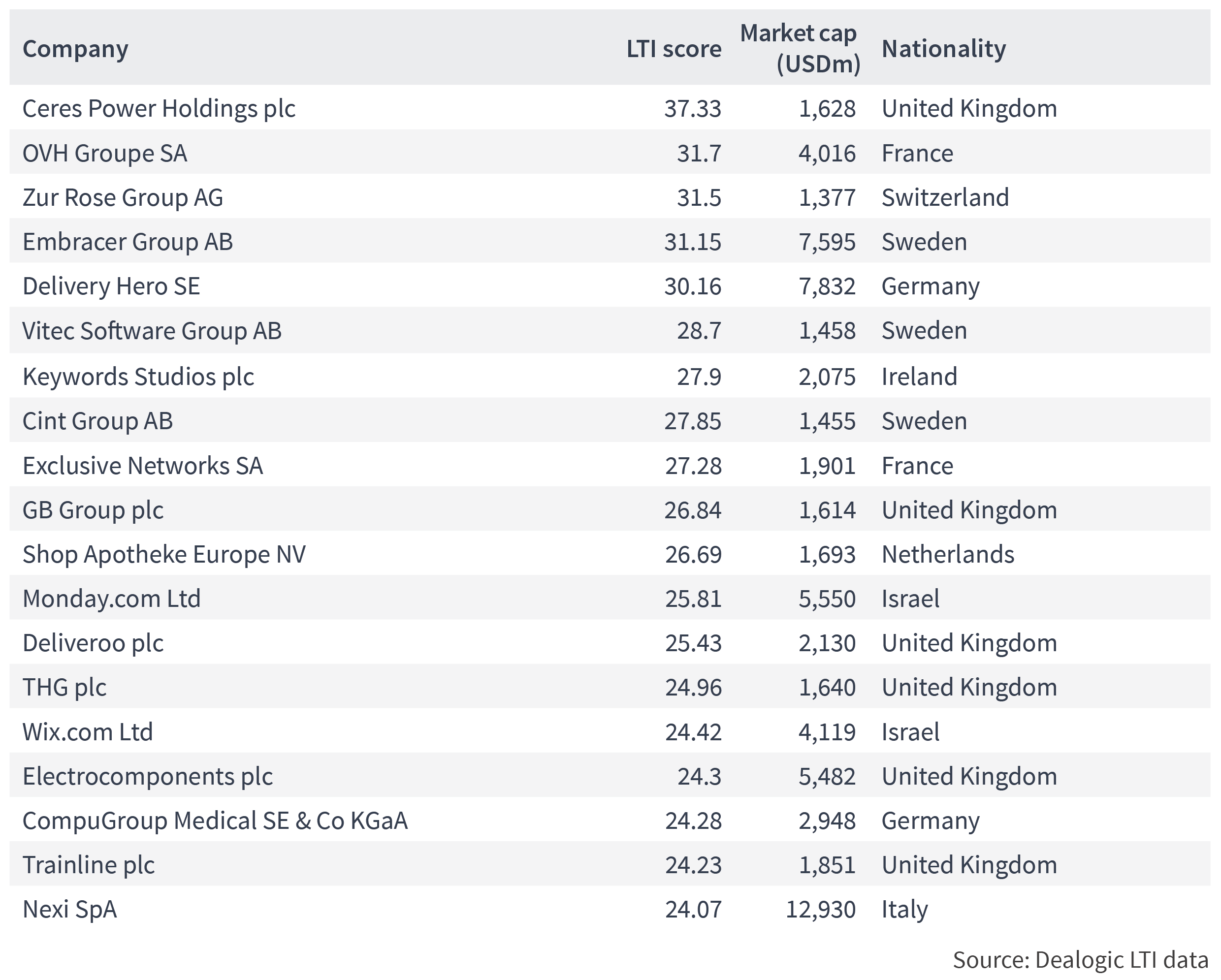 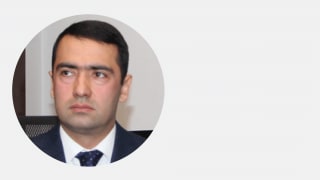