What is essentially good news for everyday Americans is not so welcome for healthcare firms and their investors. The No Surprises Act, the second part of which was published last month, protects patients from unexpected bills for emergency care they did not realize fell outside of their insurance plans. 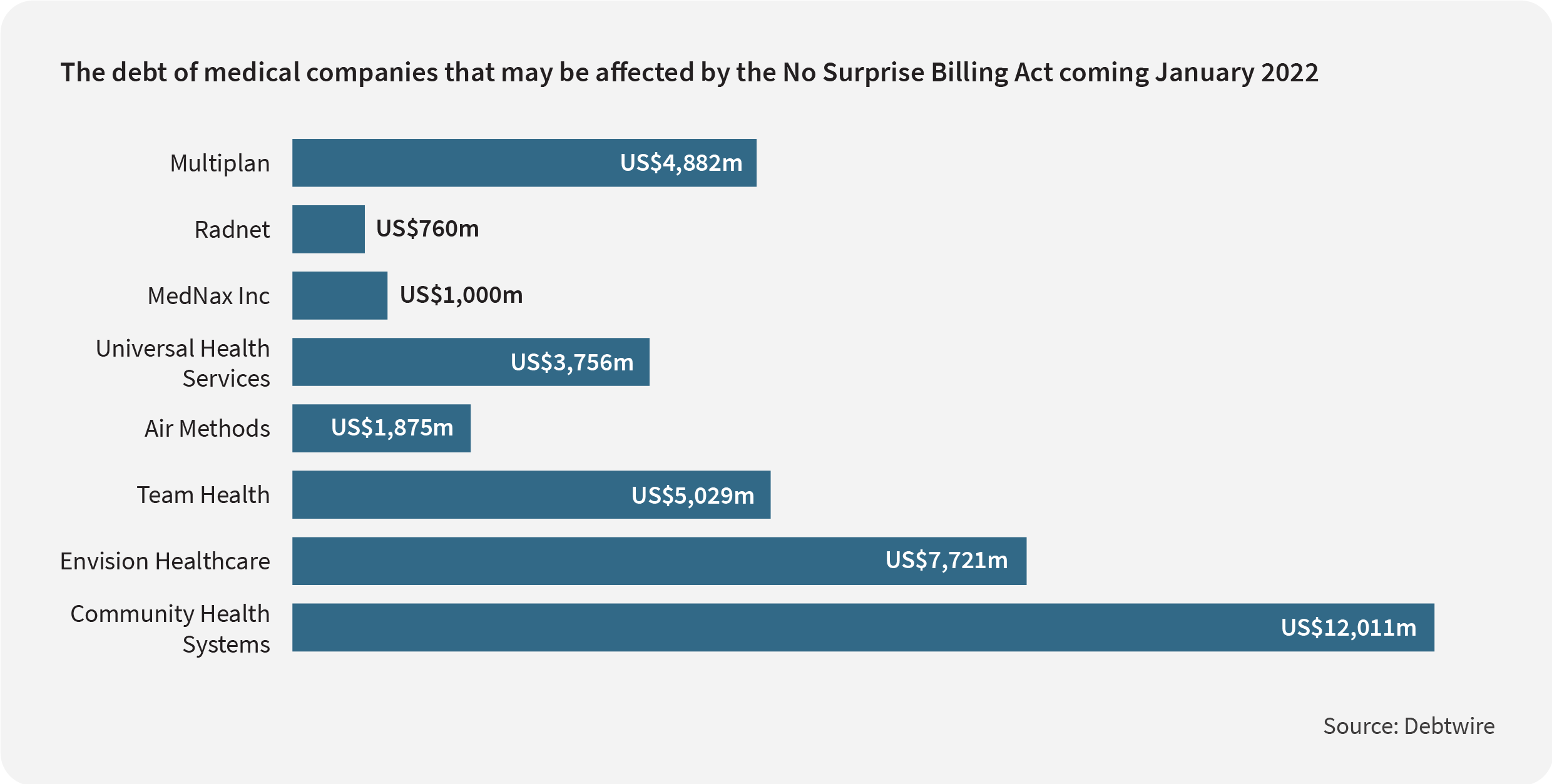 These so-called “out of network” healthcare providers therefore stand to lose out when the new legislation takes effect on January 1, 2022—and the clock is ticking.

How are companies in this industry likely to be impacted? We analyzed a selection of companies that have mentioned the Act and the parts of their business that may be negatively impacted.

One of the worst affected names on our watch is Air Methods Corporation, a helicopter fleet company that provides medical transportation services. Unlike its rival, Global Medical Responses, Air Methods has a far larger exposure to out-of-network commercial insurance reimbursement.

Both Team Health and Universal Health Services are two names that will need to adapt to the change of play in 2022. Team Health is a medical staffing provider, while Universal Health provides hospital services. Both are expected to see their revenues take a hit as caps are placed on their out-of-network services. Team Health’s US$714 million of 6.375% senior unsecured notes due in 2025 are trading at around 92.5, yielding 9.2%.

Two names that have yet to see their bonds affected are MedNax Inc and Community Health Systems, whose notes are trading around par. So far, so good—but Mednax, which specializes in neonatal care and pediatric physician services, has had to pivot to some extent. On its most recent earnings call, the company's CFO noted that, prior to the bill being announced, it had been targeting patients the bill aims to protect.

Meanwhile, radiology firm RadNet has yet to address what impact the Act may have. Whether it is responding is not known. As Moody's noted earlier this year, medical imaging can be provided on an out-of-network basis, potentially exposing these companies to forthcoming reimbursement caps. RadNet's exposure will hinge upon the percentage of out-of-network patients it treats.

The final company on our list is Multiplan, a data analytics firm that helps healthcare insurers manage the cost of care. The company has consistently claimed that it will be unaffected by the No Surprises Act since its services will still be in high demand. In fact, Multiplan may stand to gain.

On October 26, the company appointed an executive to lead its new surprise bill arbitration services, helping insurers to comply with the new regulations. With payers and healthcare providers quibbling over who should pay for uncovered costs as of next year, Multiplan can benefit from playing the middle ground.