US bankruptcies were trending up this year—until May, that is. The number of new cases fell from 16 in April to 11 last month, a welcome reprieve at a time when the business outlook is rocky to say the least. 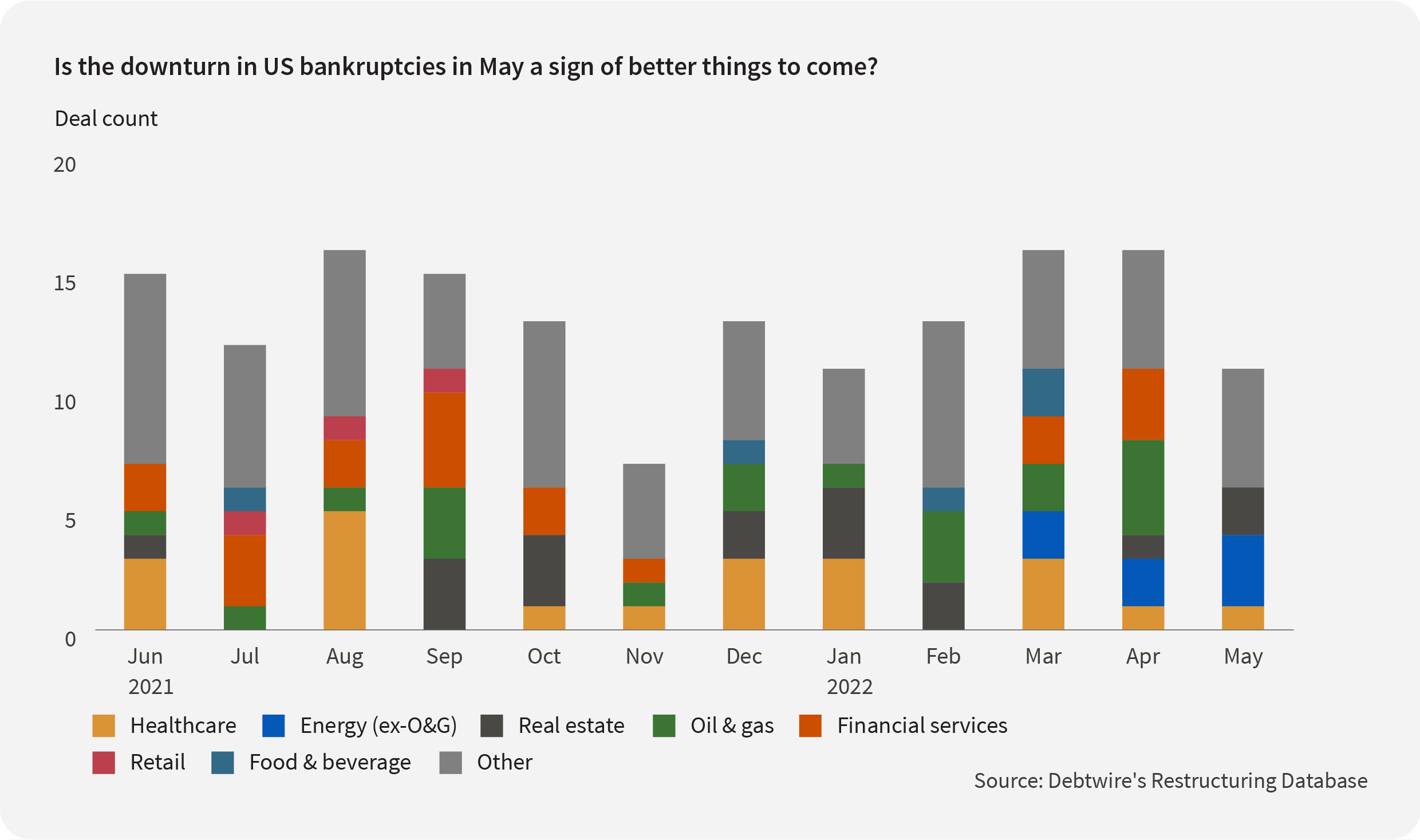 Energy excluding oil and gas was the most active sector in May with three cases, followed by real estate and technology with two cases each. Power generation company Talen Energy, which aims to reduce its US$4.5 billion debt pile and secure US$1.65 billion in new equity from bondholders, was by far the biggest bankruptcy last month. The company filed for Chapter 11 after rising natural gas prices created a liquidity squeeze for the electricity utility.

What does this mean for corporates operating on a knife’s edge in an economy where prices keep climbing?

Companies are under pressure as prices continue to rise and the Federal Reserve sets about tackling persistent inflation.

In the past two years, government support has kept many businesses afloat, while out-of-court workouts have staved off a wave of bankruptcies. Nevertheless, many have been right-sizing their operations to pare back unnecessary costs.

Best Buy, Gap and Macy’s are among the retailers that have closed physical stores in the past two years and there is more expected to come. In April, UBS estimated that between 40,000-50,000 retail stores in the US will close in the next five years—although this was lowered from a forecast of 80,000 closures a year before.

Some expect the Atlanta Fed’s GDPNow tracker—which, on June 16, projected 0% GDP growth for Q2—will indicate that the US has tipped into a technical recession in Q2.

2/ A recession is likely to last longer than many expect

The question on many people’s minds now is not whether there will be a recession, but how long it will last if one is confirmed, and what that means for companies artificially propped up by the biggest liquidity injection in history.

Case in point: Last week, cosmetics giant Revlon filed for Chapter 11 protection as it continues to toil with a heavy debt load and supply chain disruptions that show no signs of abating.

A lack of demand is not the issue. According to company CEO Debra Perelman: “Our challenging capital structure has limited our ability to navigate macroeconomic issues in order to meet [customer] demand.”

Many others will share Revlon’s pain. The following months will show whether May represented a turning point for bankruptcies, or if it’s just a blip in an upward trend.